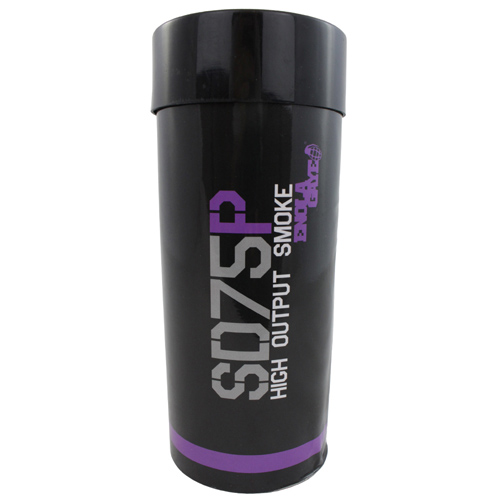 Cover the battlefield in a storm of smoke faster than ever before with the SD75 smoke Grenadefrom Enola Gaye Pyrotechnics! This enormour smoke bomb is similar to the CM75, but emits its payload in half the time! Remove the protective cover and yank the wire-pull igniter to unleash a dense cloud of smoke that lasts takes only 90 seconds to reach peak density. Create mind-blowing effects for film and television products, or conceal your team for an airsoft or paintball assault.