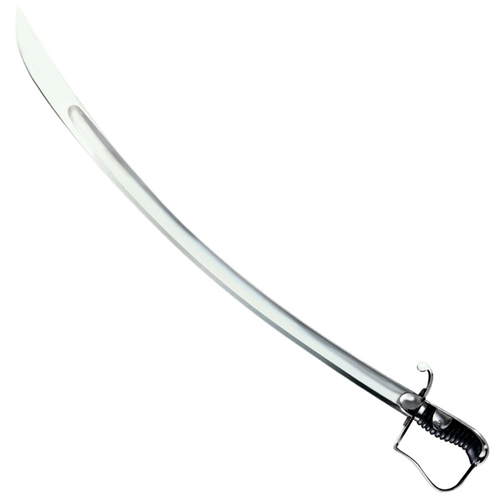 This saber was widely used by the British and their Prussian allies under General Blucher in the Battle of Waterloo. The blade was derived from the ferocious Indian Talwar and was reviled by the French who protested its use due to the horribly destructive wounds it inflicted. In fact, this saber was so successful as a cutting weapon, that the German Cavalry continued to use it right up to the beginning of the 20th century! If you want a combat quality saber that will pass the British Proof Test and is fully capable of shearing off arms and even legs with a single blow, this is a must have! It comes fully sharpened with a wood and leather scabbard with steel mounts. The 1796 Light Cavalry Saber comes with your choice of an all steel scabbard or a wood/leather scabbard. Both versions feature steel mounts and fittings. This model Comes with a Leather Sheath.